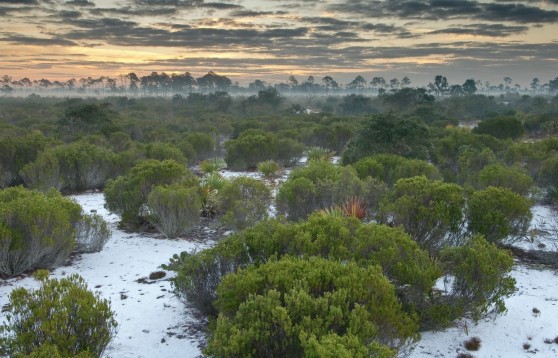 While many are familiar with Archbold Biological Station’s relatively recent designation to the National Register of Historic Places in 2007 for its role in the history of architecture, science, and conservation, few may be familiar with Archbold’s one designation as a National Natural Landmark more than three decades ago. The National Natural Landmark program is run by the National Park Service and serves to “recognize and encourage the conservation of sites that contain outstanding biological and geological resources.” Archbold was selected for the program in 1987 for its “outstanding condition, illustrative value, rarity, diversity, and value to science and education.” It encompasses one of the largest relatively undisturbed tracts of contiguous natural communities characteristics of the Lakes Wales Ridge, and is home to a large number of endemic and rare species of plants and animals.

Archbold is one of nearly 600 landmarks in the NNC program, and falls in good company. Other notable landmarks include Diamond Head in Hawaii, a towering dormant volcano; Audubon Canyon in California, named after the famous ornithologist and illustrator for its heron and egret nesting habitat; Malaspina Glacier in Alaska, the largest glacier in North America, spilling out of its glacier valley onto flat plains; and Silver Springs in Florida, the state’s largest artesian spring. In addition to Archbold and Silver Springs, there are sixteen other National Natural Landmarks in the state of Florida.

The programs inclusion of multiple landownership types sets it apart from others of its kind. More than 30% of National Natural Landmarks are entirely privately-owned, Archbold among them. Participation in the program is completely voluntary.  “Ongoing partnerships with public and private landmark owners allow participants to share information, solve problems cooperatively, and conserve outstanding sites that illustrate the rich and diverse tapestry of the country’s natural landscape,” notes program leaders. And it is truly the landmark’s landowners that serve to protect these biological and geological rich places, as the National Park Service leaves all conservation efforts to them.

“Archbold’s participation in the Natural National Landmarks program is just another way we’ve committed to keeping our piece of pristine scrub land conserved,” notes Executive Director Hilary Swain. “Programs like these, acknowledge the hard work that landowners of all kinds, including private landowners, are doing to conserve biological and geological resources across America.”

“And while public access is not a requirement of the program,” continues Swain, “we pride ourselves on our site’s accessibility and devotion to public education. It is a rare thing for such a stunning natural treasure to be so accessible to the public. We are one of the wonderful  natural places to be discovered right in Floridians’ own backyards.”