One of the most striking insects you might find at Archbold Biological Station, but watch out! 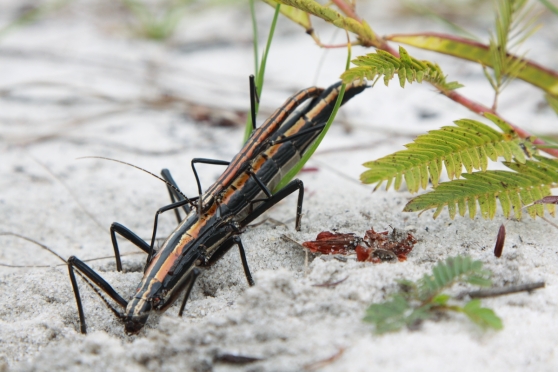 This is a rebel of a walkingstick. While most walkingsticks prefer to camouflage, this one takes the opposite approach. It is bold and colorful because it is capable of spraying a foul and irritating liquid when threatened. They’re said to be very accurate, so don’t get too close.  Once a male (which are smaller than the females) finds a female, he climbs on her back and stays there. This way he can produce more offspring than he would if he went off looking for other females. I like the name devil rider because this insect sure looks hellish.