On November 21st 2017, Archbold Biological Station will celebrate a great man’s 150th birthday. “Though none of us ever had the pleasure to meet John Augustus Roebling II,” Fred Lohrer, Librarian at Archbold states, “he has had a profound influence on all of our lives. Without his purchase of a large tract of pristine scrub habitat south of Lake Placid almost 100 years ago, and his subsequent donation of that property to Richard Archbold in 1941, none of the decades of ecological research Archbold Biological Station engages in would have been possible.”

John A. Roebling was born in 1867 in Mühlhausen, Germany, during a time when his father was studying with German engineers. Joe Gentili, Special Collections Archivist at Archbold, says, “His grandfather and namesake John Augustus Roebling was a German immigrant who built and designed many suspension bridges in the Eastern United States during the 1830s-1860s. He designed the masonry towers for the Brooklyn Bridge but he died before work on the bridge began. His son Washington Roebling went to college at Rensselaer Polytechnic Institute, became a Colonel and Civil War Veteran of renown, and was the chief engineer for the famous bridge bearing the family name.”

John A. Roebling grew up in the shadow of the Brooklyn Bridge, literally and figuratively. Gentili explains, “Engineering was in his family’s blood and he attended the same college as his father, graduating in 1888 with a degree in Civil Engineering. He pursued scientific studies in chemistry for most of his adult life after receiving a Master’s degree in the field. He also served as a volunteer engineer for the US Army during the Spanish-American War in 1898.” 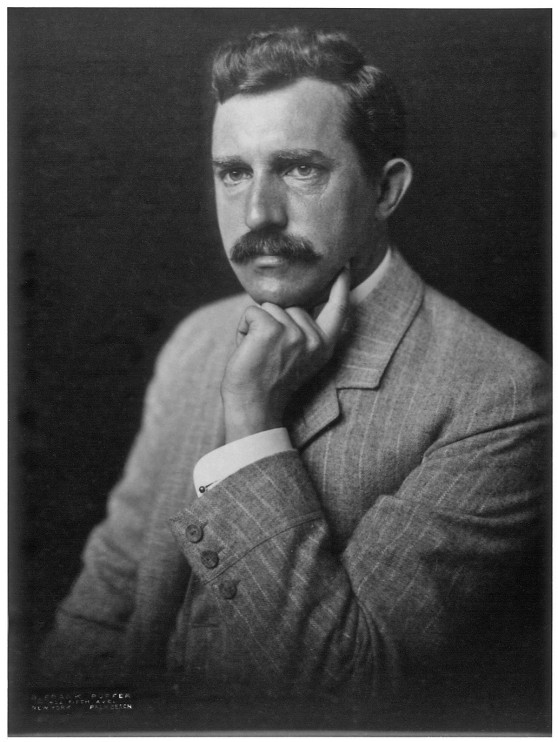 John A. Roebling’s connection to Highlands County began in the 1920s because of his first wife, Margaret Shippen Roebling. Lohrer explains, “She was a sufferer of tuberculosis and the conventional medical wisdom at the time was to try to live in an area that was warm and dry. The Lake Wales Ridge that runs through Highlands County fits this description.” Mrs. Roebling was, “charmed with the lakes and the sandhills, and her husband thought the drier winter climate of the Ridge would be better for her.” They purchased 1,050 acres of pristine scrub 8 miles south of Lake Placid on Red Hill.

Philanthropic giving was a very important part of John A. Roebling’s life. According to his second wife Helen Price, “he was a liberal contributor to local charities and institutions, such as churches and hospitals, and to general, humanistic movements such as the Red Cross and the Boy Scouts. It was a part of his philosophy that gifts should be made quietly and during life rather than at death; and that was his practice.” On at least two occasions, in 1930 and 1932, he donated state of the art fire engines to the town of Lake Placid. “The truck[s] will be kept at Lake Placid and will be available for use within a large radius…It is expected the department will use the new piece[s] of apparatus extensively, as there are no strings attached to the gift,” according to two Highlands County News articles published at that time.

The Roeblings were also instrumental in the formation of Highlands Hammock State Park. The first Mrs. Roebling was enchanted by what would become the park during a flight overhead in her son Donald’s airplane in 1930. She, “contributed $25,000 to be used for the purchase of the land composed of the 500 acres of the Hammock and a buffer area around it… after her death on 24 October 1930, John A. Roebling conceived the idea of carrying out his wife’s wishes; of opening up and conserving the Hammock,” according to A. Altvater’s Story of Highlands Hammock State Park. With the help of local citizens and a series of large donations by John Roebling, Highlands Hammock opened in 1935 as one of Florida’s first state parks.

John A. Roebling’s investments in Highlands County took on a more personal tone for many on September 10 of this year, as Hurricane Irma came bearing down on this region. Several dozen Archbold employees, colleagues, family members, and pets rode out the storm within the concrete walls of the Roebling buildings. The vision and foresight to create this hurricane resistant structure was John A. Roebling’s and the considerable resources to achieve its extraordinary level of construction were provided by him as well.

John A. Roebling was a wealthy, educated man from a world-famous family. Instead of resting on his inherited stature and wealth, he spent a lifetime researching the natural world and trying to understand how it worked. He also spent a remarkably generous amount of money and many years of his life working with philanthropic causes locally, statewide, nationally, and internationally. At Archbold Biological Station his lasting commitment to philanthropy and to the natural world continues 150 years after his birth and now almost a century after he first turned his eye to Highlands County, Florida.