Plants like Avon Park Harebells (Crotalaria avonensis) make other rare, endemic (only found in one area) plants seem common. This yellow-flowered, deep-rooted pea occurs at just three Florida scrub sites, all in Highlands and Polk counties, near Avon Park (hence the Latin name). Discovered by Avon Park botanist Kris DeLaney in the 1980s, the Harebell is an exciting find for any plant enthusiast. According to the US Fish and Wildlife Service, It is ‘at grave danger of extinction’ and ‘without active and concerted conservation efforts, this species may be lost’. Highlands and Polk counties support one of the highest concentrations of endemic plants and animals in the United States. Many of these endemic species are endangered or threatened and the Avon Park Harebells are among the rarest of these. 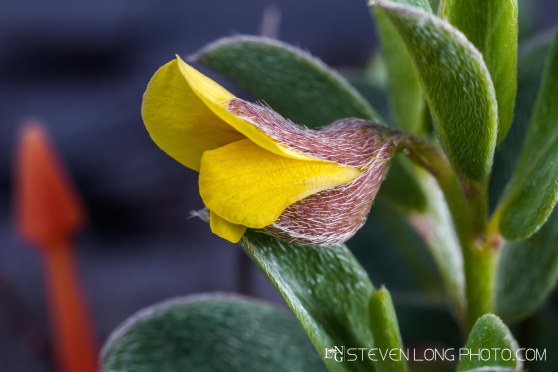 Avon Park Harebells (Crotalaria avonensis) is distinguished by a large yellow flower with a short stem and fleshy leaves. It is covered in namesake white or yellowish-white hairs. Photo: Steven Long

Dr. Eric Menges, Archbold Plant Ecology Director; Stacy Smith, research assistant in Eric’s program; and Beatriz Pace-Aldana from The Nature Conservancy recently published the results from their study to describe Avon Park Harebells ecology for the first time. They started the research in 1998. Menges said “As an essential first step towards recovery, we found that Avon Park Harebells is reproductively challenged, with very low rates of fruit set and low visitation rates by pollinators.” He added, “1 of the 3 sites where the Harebells occur is not protected for conservation and the numbers of plants there have significantly declined since 1998. However, we have now succeeded in transplanting seeds and plant material from this unprotected site to a new (third) protected site.” 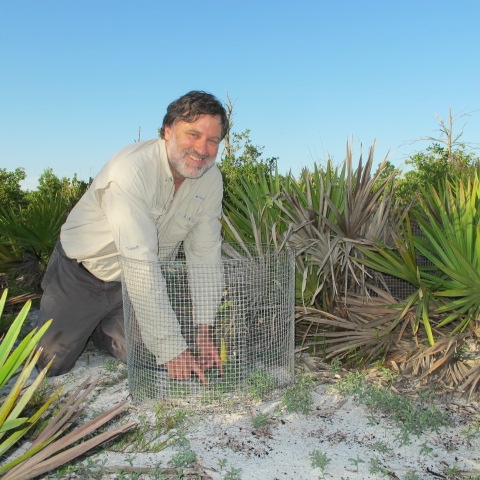 Conservation recommendations for the Avon Park Harebell based on this Archbold research include regular fire management, more introductions to other protected sites, reductions in herbivory (e.g., caging plants to reduce damage caused by rabbits and deer browsing). We also need more research to understand the pollinators of Harebells.

Stacy Smith said that “There is a high rate of herbivory in Avon Park Harebells, with up to half of the plants eaten in some years. Caging the plants significantly reduced the amount of plants that were eaten and resulted in greater plant survival, growth, and flowering.” She noted that “Another problem for Avon Park Harebells is that very few seeds germinate to produce new seedlings in the wild.” So the Archbold team used a process called scarification to try and speed up germination and get more seeds to germinate. To scarify the seeds they removed the end of a seed coat or thinned the seed coat with sandpaper. It worked, to some extent, as scarified seeds took up more water and germinated more quickly. Although non-scarified seeds took far longer to germinate (4 years!), the team found out that they eventually had higher germination percentages. So in subsequent introductions, the team used non-scarified seeds to spread germination over several growing seasons.

This study required a lot of patience and Archbold was supported by several sources including Florida’s Division of Plant Industry, the National Science Foundation, and the US Fish and Wildlife Service. Many students were trained in scientific research on this project. The study provided insights into the reasons for the rarity of Avon Park Harebells, and of other rare plants around the world. The project also suggested efficient ways to increase populations of Avon Park Harebells on other conservation lands. Dr. Menges concluded that “Archbold’s basic research on these little plants can contribute to their persistence around their namesake location, Avon Park, and for future generations living in Highlands County.”